In the furniture and similar sectors, where the tubes to be bent are often very long and curved into sometimes particularly complex shapes, the bending head must take up as little space as possible to leave room for the shape that the bent tube will assume.

On tube bending machines with right and left-handed bending directions, this need is much less urgent because the possibility of using one or the other bending direction solves many problems of interference between the tube and the other machine parts but this is not the case on tube bending machines with only one direction of bending. The only way to avoid the risk of interference in the latter case is to reduce the overall dimensions of the bending heads as much as possible.

Precisely to meet these requirements, the BLM GROUP developed a new compact bending head for the ELECT40, capable of executing shapes that were previously not possible with only one bending direction. It is clear that for some parts using a right or left-handed in-process tube bending machine is the only way to be able to produce the parts in a single cycle. 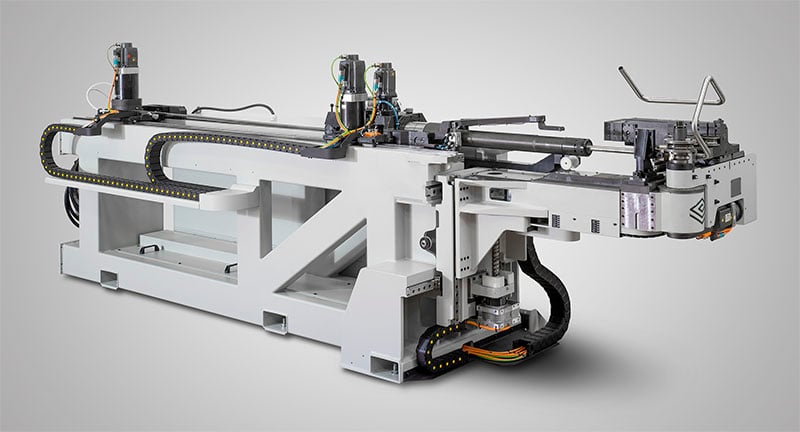 The two characteristics that a tube bender must have to improve part feasibility?

The fundamental aspects taken into account when designing the tube bending head to deal with geometries that were previously not feasible were:

Reducing the bending head height means that, bend after bend, the tube can move below it. Also, as shown in the figure below, the thinner the head, the more the straight part between the bends can be reduced.

Bending a tube with ELECT40. The small size of the bending head allows the tube to occupy the space below the head.

Increasing the distance of the bending tool from the machine body reduces the chances of the tube colliding with the frame. When working with only one bending direction, the rotation of the tube in the clamp allows bends to be made in two specific directions. So it is essential to be free to orient the tube to be bent in space without collisions, even when the part has straight parts of considerable length that end up facing the machine, bend after bend. 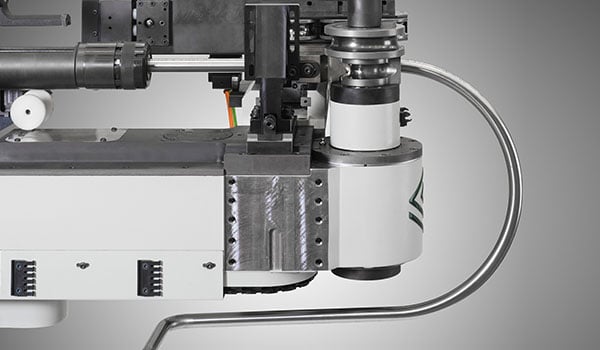 Increasing the distance of the bending tool from the machine body reduces the chances of the tube colliding with the frame.

The two aspects discussed above are the main features of the ELECT40 elongated bending head, which is 35% lower and 31% longer than the standard head.

The design of the dedicated kinematic mechanisms of the head has also enabled an increase in the speed of both the bending arm (+20%) and of the clamp and the pressure die (+25%). Furthermore, a reduction in the cycle time of about 10% can be achieved on a typical part with four bends, as pictured below.

As is already the case with the standard head of the ELECT40 and the other tube bending machines in the same BLM GROUP family – ELECT52, ELECT63, ELECT80 and ELECT102 – the elongated bending head of the ELECT40 also allows manually changes of bending direction from right to left and vice versa and the use of the same compatible bending tools on all other BLM GROUP bending machines of similar size. 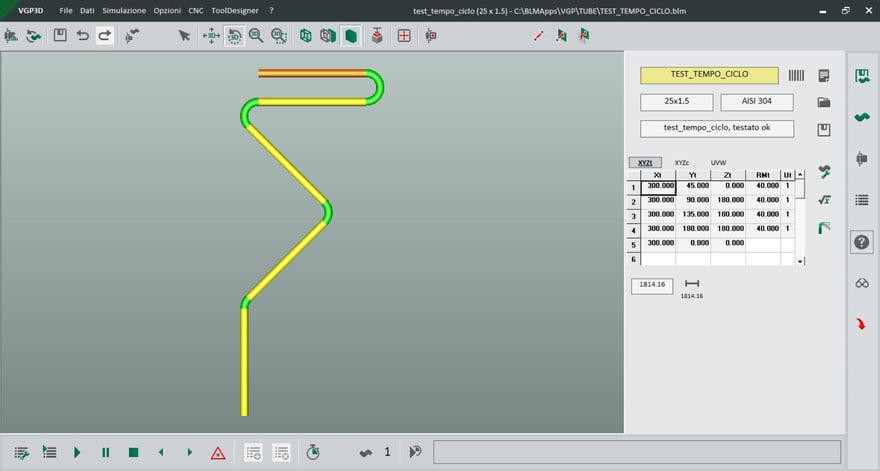 The design of the elongated bending head of the ELECT40 can make all the difference and allow parts to be made that were previously only possible with in-process left and right-handed tube bending machines.

This is firstly an advantage regarding greater parts feasibility, especially for manufacturers who want to approach the furniture sector, for instance, in which tubes must be bent into complicated and overly varied shapes, for manufacturers making tube parts for various types of industrial systems, for the nautical sector (handrails, ladders, etc.) and for farming machinery and equipment. 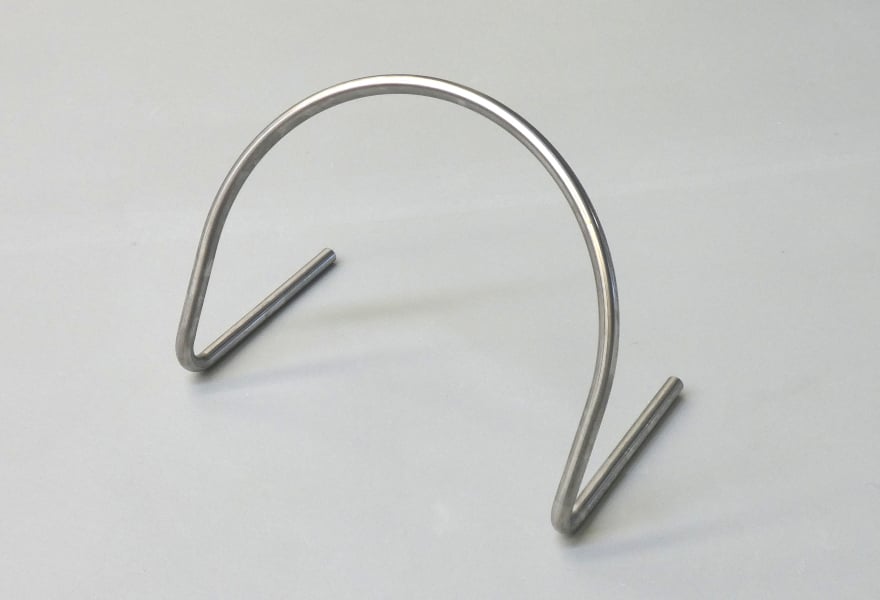 A solution like this can prove to be a winner, especially for subcontractors who generally have mixed productions in terms of part complexity.

Contact us to discover more about the new ELECT40 bending head

Lasertube LT8 – choose the configuration that suits your requirement