Would you let someone else choose your next car for you? Probably not. And you probably wouldn't want everyone around you to have the same model as you. It would lose some of its allure, don't you think?

This demand for customized products, increasingly in line with your needs and personality, is a well-established mega-trend in the manufacturing world, and the automotive industry is certainly no exception. Actually, it is probably one of the sectors in which this need is most keenly felt. 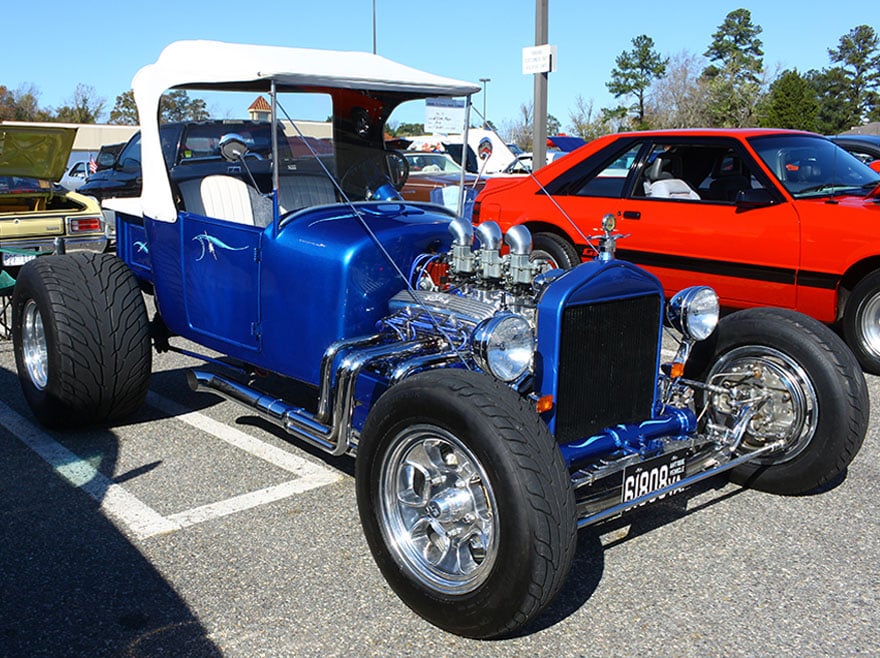 Example of a show car.

Let's start from the beginning...

Mass production has been the paradigm in the automotive industry for the majority of the past century, at least since 1913 when Henry Ford introduced the assembly line for the manufacturing of an entire automobile. "You can have any color as long as it's black" was the motto of mass production according to Ford.

Since then, the automotive industry has set the primary objective of making production more efficient, reducing costs, increasing productivity and generating profit in a world that had seen the number of cars on the road grow more or less steadily for almost a century.

By the end of the 1980s, in a mature market, the need to make production more efficient met the urgency to offer an increasing number of available models to expand the market target.

This was the beginning of the second major turning point for the automotive industry, known as lean manufacturing.

This new management system aimed to streamline production at every level, to optimize efforts, save resources and contain product costs, even when a large number of models available required the production of small, rapidly changing batches. 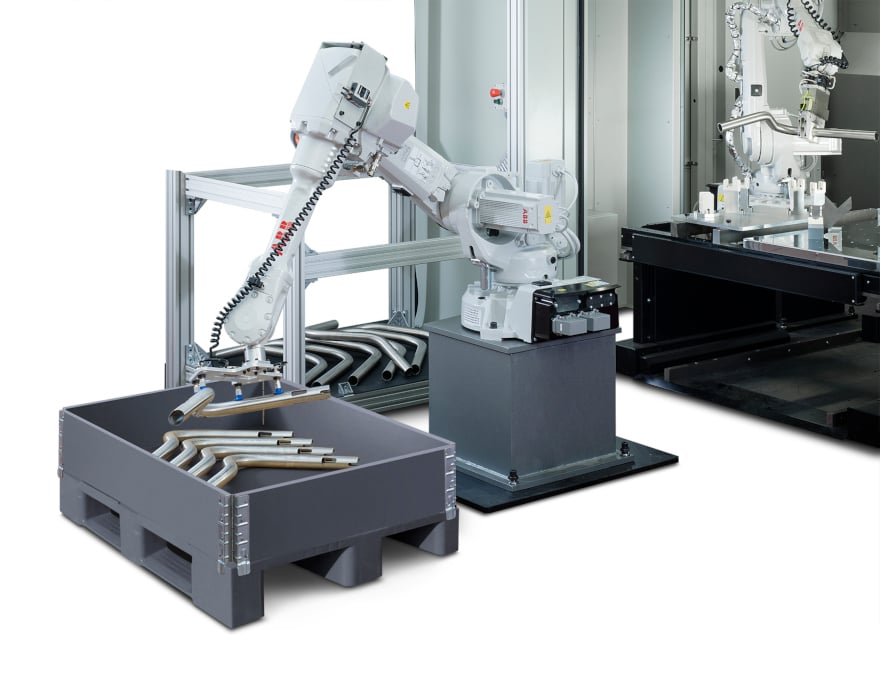 Example of the use of a robot manipulator for unloading a 3D laser cutting cell: robots are widely used in the automotive sector to streamline the production process and ensure consistent quality.

The end of conformity

Something was changing in this perfect and proven machine. The increased market saturation was pushing manufacturers to introduce new models, new car concepts and new accessories to equip them. The objective was to breathe a new personality into an object now of common use and allow future owners to identify with it once again.

But for customers, who by now knew the product inside out, it was no longer enough to be able to choose from a more or less wide range of car brands and types. Perhaps they were fed up with the standardization resulting from mass production or they had become aware of a higher value for the object itself and were more inclined to celebrate their individuality. In contrast to past trends, customers defined the new shape of the car industry and the sector would make customization the key to its new success.

This is how mass customization is created, a new production paradigm that forces manufacturers to equip themselves with technologies that are first and foremost flexible, i.e. capable of going from the 3D model of the part to the production of the first prototype quicker than ever before, while retaining the productivity and automation needed to reduce the cost per part. 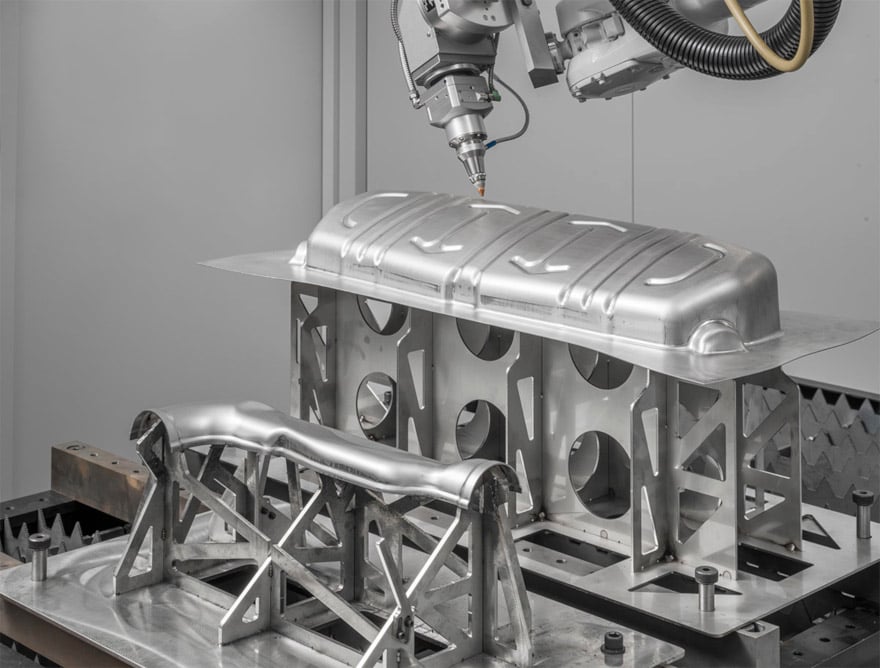 Working on some automotive components with LT360 laser-cutting robot system.

In this new production concept, and in particular in the machining of three-dimensional metal profiles, widely used in the automotive sector for many components, such as bullbars, exhaust systems, chassis and body parts, there is a tendency to shift away from geometry-specific stamping tools to universal tools, such as lasers.

With 3D laser cutting cells, manufacturers can produce small batches or prototypes of differently shaped parts, flexibly adapting them to the customer's design and flair. 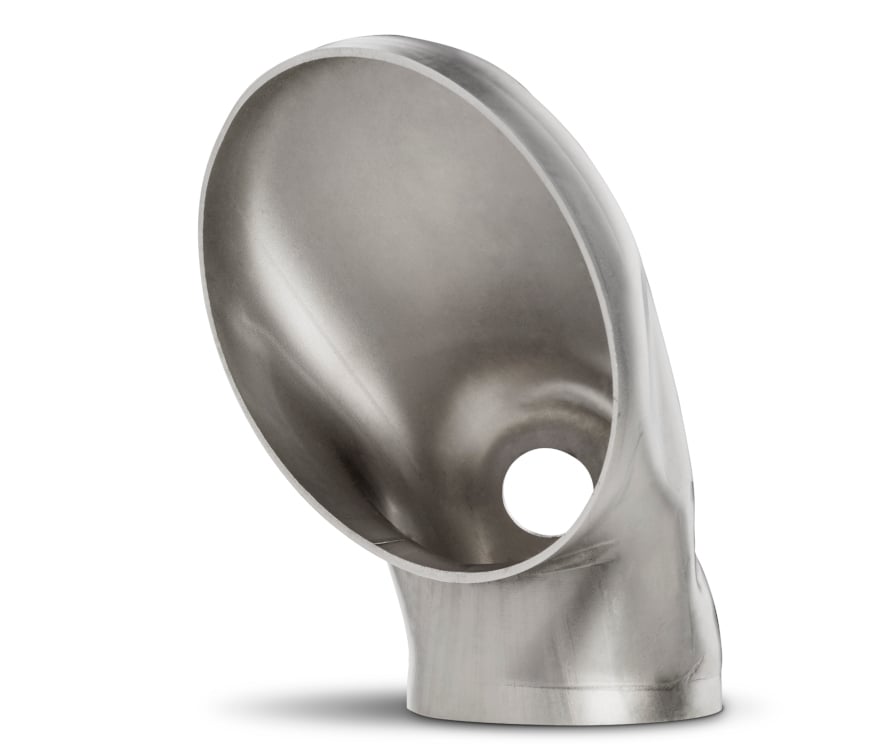 An automotive component made from 3D laser-cut hydroformed part..

The BLM GROUP 3D laser cutting cells, such as the 5-axis laser cutting system and the LT360 robotized laser cutting system, add the possibility of exploiting robot manipulation to laser-cut curved and hydroformed tubes without manual repositioning and therefore with greater precision, repeatability and speed.

An example of flexible technology is the LT-FREE 5-axis laser cutting system equipped with a robot manipulator for workpiece positioning while performing 3D laser cutting of a bent tube.

Some typical applications of 3D laser cutting in the automotive sector

Bullbars are widely used on SUVs, trucks and other industrial vehicles, ATVs and off-road vehicles. They are among the many highly customizable vehicle elements that are particularly suited to be made with a 3D robotic laser cutting cell, such as the LT360 or LT-FREE.

Most bullbars are generally made from bent tubes on which the necessary geometries are laser-cut holes and slots needed to joint them, to attach them to the vehicle chassis or to insert lights, sheet metal or other accessories. 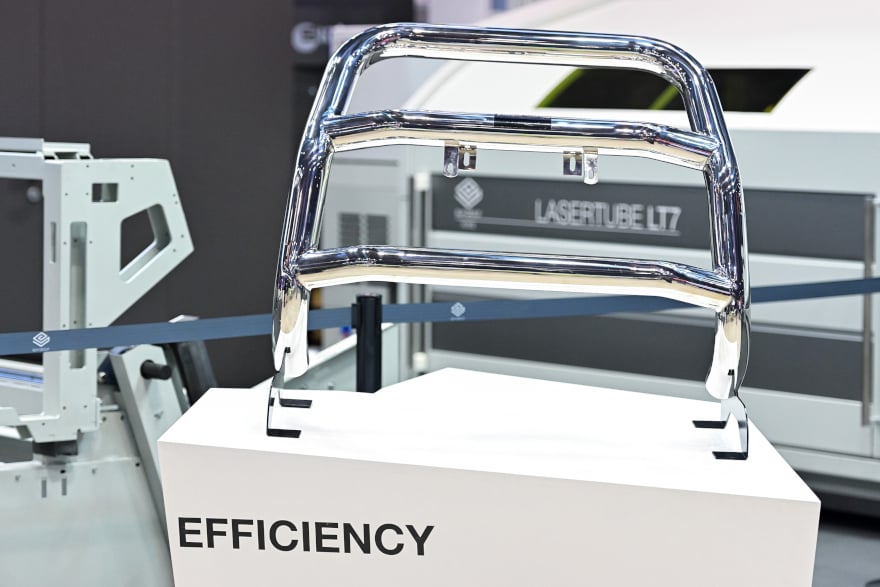 Making a bullbar with a 3D robotic laser cutting system, such as the LT360 requires no special expertise. Offline programming using ArtCut software, CTA ARTCUT is supported by clear and intuitive 3D graphics and once sent to the machine, the program can always be easily edited using the user interface.

In this way, it is possible to move very quickly from the initial 3D model to the finished part, ready for assembly.

Exhaust systems are other typical examples of an application for which 3D laser cutting, assisted by a robot for part handling, is particularly suited.

The picture below shows an exhaust end made with the LT-FREE 5-axis laser cutting system.

On the left you can see the two pieces that make up the machine: a bent tube, trimmed with LT-FREE and a straight tube, shaped, cut and trimmed with the same machine. The assembled part can be seen on the right. This is a type of tailpipe in which the fume outlet is concealed in the underside. The fumes are conveyed underneath the tailpipe keeping it clean and shiny like new
.

Tailpipes with concealed fume outlet. The engine exhaust gases are conveyed underneath the tailpipe keeping it clean and bright.

Mass customization is redefining the way cars are produced. For bullbars, exhaust pipes, body and chassis components or for prototypes, small batches or large production runs, laser technology gives the automotive industry the versatility it needs to be competitive today and for many years to come.