LT360: The most cost-effective way to enter the 3D laser cutting world

LT360 is the result of BLM GROUP’s strong experience in laser cutting straight or bent tubes and more generally 2D or 3D parts.

It is a highly innovative robotic 3D laser cutting system that combines the qualities of a robot with those typical of a CNC laser cutting machine.

The advantages of a 3D robotic laser cutting

There is the possibility of mounting the cutting robot on a carriage driven by an additional CNC axis, which makes it possible to significantly increase the working volume and optimally cut parts whose geometry mainly develops in one direction.

On systems in which a second robot is used for handling workpieces, it is also possible to add one or two interpolated axes to increase the ability of the cutting head to reach any point on the workpiece.

From programming to part production

The part program can be fine-tuned on the machine as well as the cutting process and the technological laser parameters can be optimized. This allows production to be kicked off very quickly, even if the operator doesn’t have much experience using the system. The LT360 offers a wide range of possibilities in addition to the self-teaching programming possibilities typical of robotic systems:

LT360 is the perfect combination of these features. It is a system with the versatility and cost-effectiveness of a robot paired with the flexibility and technology of a 3D laser cutting system.

LT360 has other interesting advantages that make it a unique robotic laser cutting system. 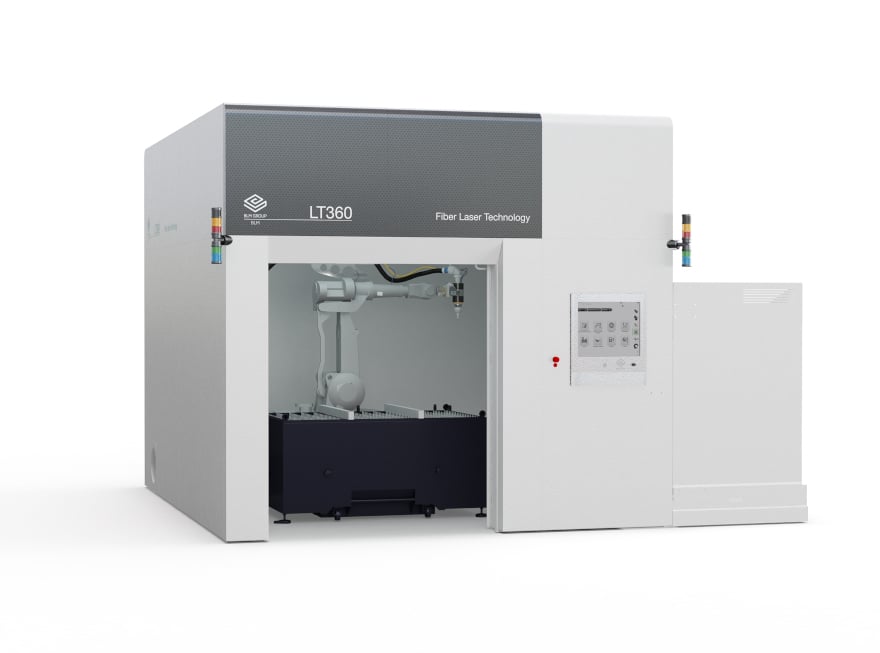 Layout: The LT360 has a compact layout that can be adapted to a wide variety of space and workflow needs. The enclosure is designed in a modular way, which makes it easier to change the machine layout, switch from one configuration to another or change the enclosure size to process parts of particular dimensions.

Robot handling: Together with the laser cutting robot, the use of the robot as a work piece handling element is an extremely advantageous feature in 3D laser cutting of parts, such as bent or hydroformed tubes. Robot handling improves the accuracy of the finished part and greatly reduces the cycle time. In LT360 the programming of the cutting positions reached by the handling robot during the work cycle is directly offline in ArtCut. Therefore, you will not need a dedicated operator with experience in robot programming. 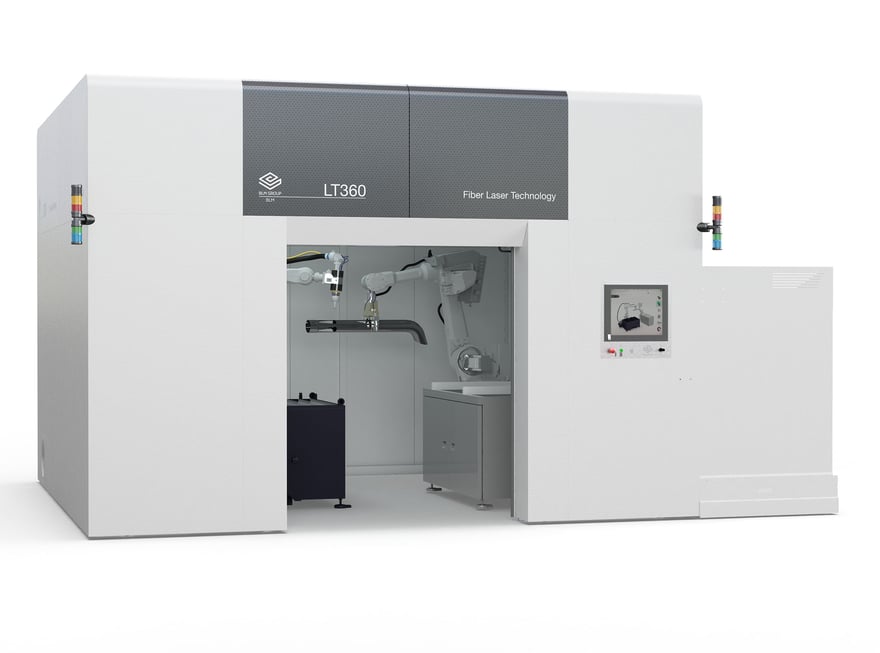 LT360 ONE FLEX and LT360 TAILORED in addition to the cutting robot are both equipped with manipulator robots.

LT360 TAILORED configuration uses a dual-robot set-up:  a dedicated robot for load/unload and part manipulation and a dedicated robot for the laser cutting and trimming process. This configuration can greatly simplify the working cycle if the machine receives tubes from an upstream tube bending machine, not only because the compact layout of the LT360 offers the space needed to integrate the tube bending and machine loader into your production line, but also because the bent tube can be transferred from the tube bending machine to the part fixture in the LT360, without the operator having to enter the enclosure. 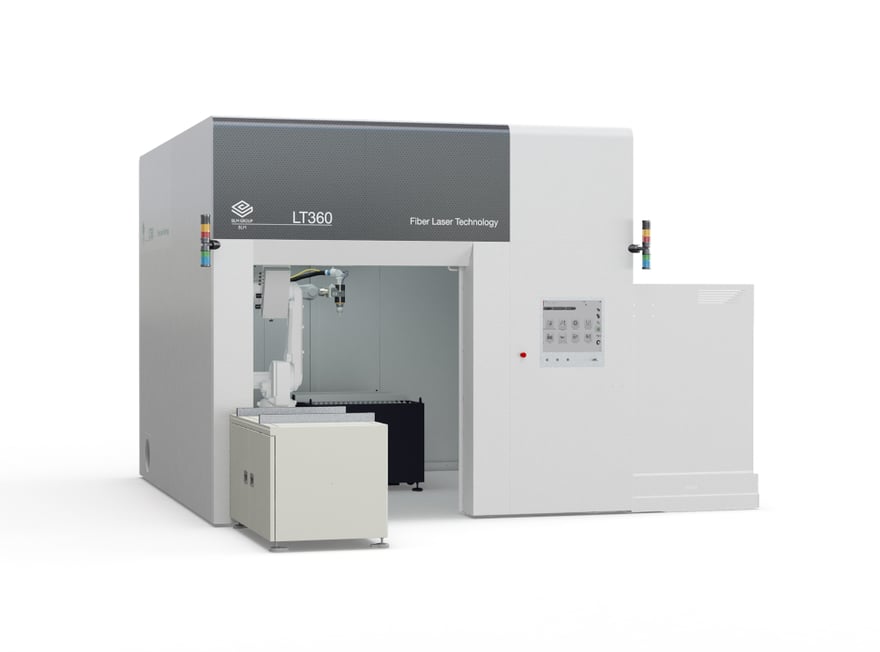 Learn more about the advantages of robot handling in 3D laser cutting systems.

In addition to harnessing the self-teaching programming possibilities typical of robot systems, the LT360 can be programmed offline via ArtCut, in a similar way to BLM GROUP five-axis laser cutting systems: LT-FREE. The LT360 has a simple and powerful interface for rapid set-up of the part program on the machine, an essential feature for those starting out in a new field and need to show what they are capable of doing, right away.

With ArtCut, the operator can program the entire work cell offline. This means that the part program can be created, simulated and sent to the machine when it is ready, without ever having to stop the system. The features of ArtCut include:

ArtCut has an updated database that can be used to optimize cutting parameters, according to the material and thickness of the part to be laser cut. It is exactly the same technological database found in the machine interface, developed over the years by BLM GROUP for 3D laser cutting systems. 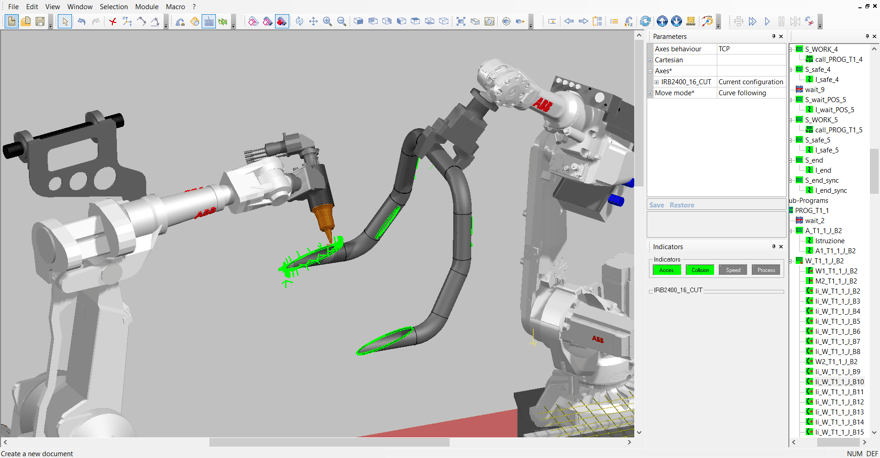 Straight tube sections are generally left over at the ends of the bent tube because of the bending process. These scraps need to be trimmed off.

In ArtCut, the waste generated by the bending process can be shaped directly on the bent tube, quickly and easily, or imported from VGP3D files. This latter feature allows BLM GROUP tube bending machine users to import the file generated by VGP3D of the bent tube including the above-mentioned scrap. VGP3D automatically calculates the elongation caused by the bending process and ArtCut includes the related trimming operations in the cutting cycle.

The advantage of this function is that it accounts for potential collisions with the scrap during offline programming. These collisions would not be visible in the CAM if the scrap was not represented, with the risk of discovering the collision directly in the machine.

Machine interface, the link between programming and production 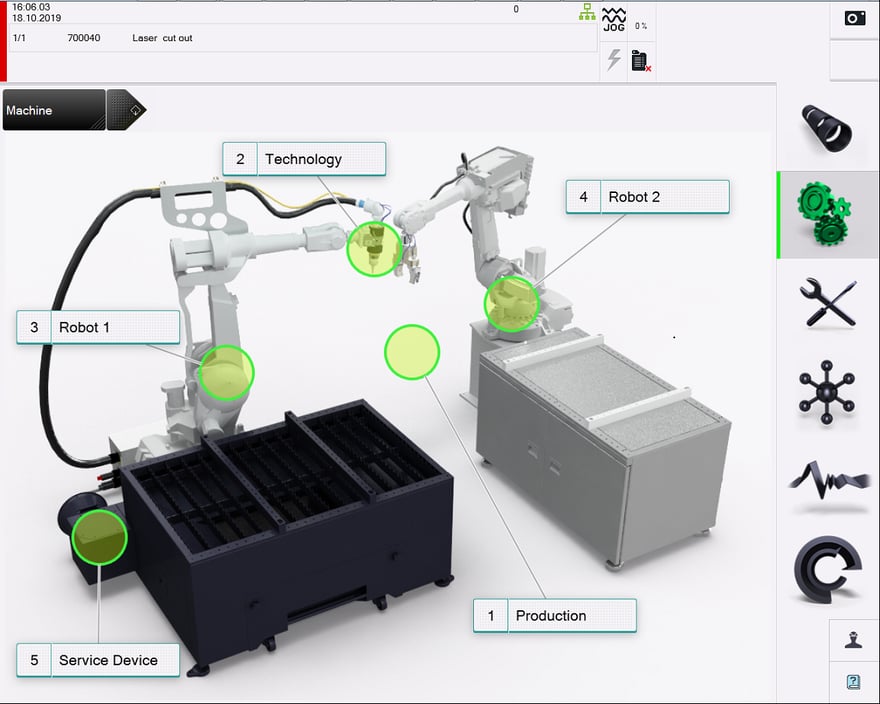 LT360: Cost-effective from all points of view

The number of applications in the world of 3D laser cutting is virtually unlimited, which is why flexibility is a prerequisite for maximizing ROI.

For a company that decides to innovate and enter the world of 3D laser cutting, LT360 can offer production flexibility, reduced cycle times and an extremely short ROI. In other words, it is the most convenient and competitive way to start cutting 3D laser parts.

LT14 and LT24, the new competitiveness of laser

Designing a frame is much easier with joints