Van Keulen is a well-known interior design and shop fitting producer with more than 70 years of experience in these sectors.

With its 3 production plants and 5 assembly locations in the Netherlands, Van Keulen has been designing, producing and supplying high-quality custom interior solutions such as shop, catering and public space fittings, shelves and furniture.

An early adopter of Lasertube technology, Van Keulen now relies on its Lasertubes to manufacture its metal products in order to obtain higher efficiency in the production of metal structures and frames and higher reliability which equates to lower failure costs.

“With the Lasertubes we are very flexible and we can react to the customer requests, produce and deliver their product quicker than the competition.” 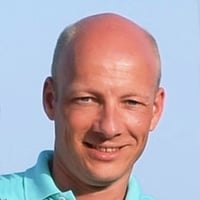 Keep welding to a minimum

One of the reasons that prompted Van Keulen to choose the laser tube cutting technology was precisely the need to maintain the highest standards of quality and surface finishing of its products without having to dedicate time and labor to grinding the welding seam.

In fact, if not well polished, the welding seam can affect the aesthetics of the components and collect dirt, dust and bacteria, particularly in public spaces where many people have contact with the surface.

“By making the most of male-female connections, we can keep welding to a minimum,” says the manager. He continues, “Click connections are our biggest profit maker.” 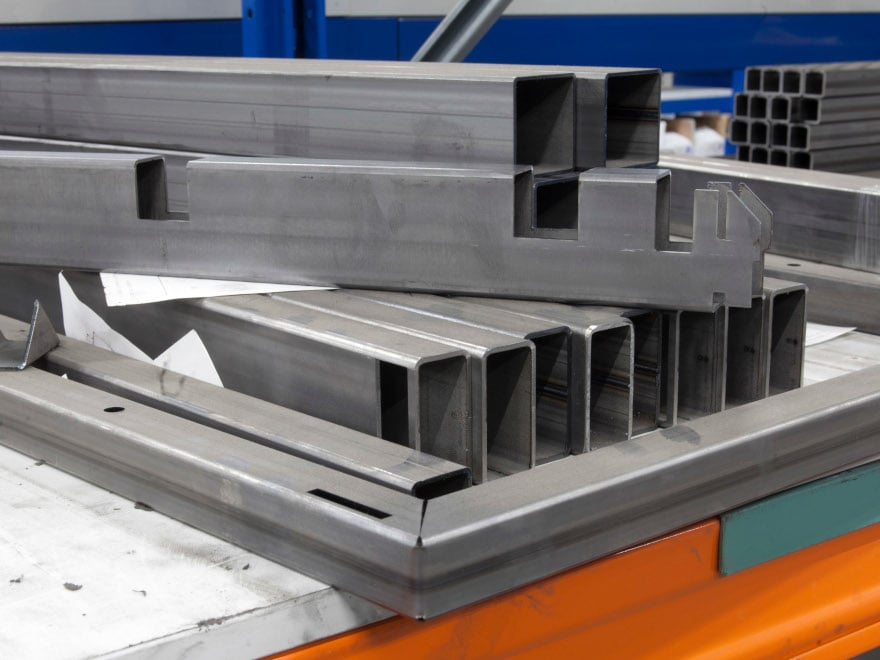 Samples of tube click connections made by Van Keulen with the LT7 laser tube cutting system.

Change the mindset of constructing tubes and frames

The 2004 investment in their first Lasertube represented a real mentality change for Van Keulen in the way they designed and constructed tubes and frames.

Since then, the company has implemented the use of tube laser cut and bend concepts for frame construction and the laser cutting of male-female tube connections, which allows components to be coupled together with 100% accuracy and without having to measure out and weld the position first.

With ArTube, the CAD/CAM programming software for Lasertube developed by BLM GROUP, the Van Keulen designers have access to a large library of couplings, joints, hook and slot, and bend cuts.

Artube can also import a 3D model developed in any other CAD software, then modify each part as a native file and generate the program for the tube laser cutting machine.

Structure of a frame imported in ArTube.

One single laser cutting operation instead of several separate processes

A laser tube cutting system can easily complete a wide range of operations such as cutting to length, punching, stamping, machining, drilling, and deburring. This is an important advantage for a company that must manufacture a product based on the specific needs of the customer without the intervention of intermediate suppliers.

Furniture made by Van Keulen.

Lasertubes enable the operator to work in total safety and in compliance with the highest standards dictated by CE regulations.

Special glass and a properly sealed cutting area protect the operator from the risks of laser radiation, while an independent safety system allows him to introduce a new tube bundle without interrupting production.

Laser cut edges are burr free, so the operator is less at risk of cutting himself while handing the finished part.

In addition to this, laser systems do not use cutting fluid nor do they produce shavings that would require subsequent removal to ensure a clean surface.

The eco-sustainability to produce furniture with metal tubes

The use of metal in the production of furnishings, or structures in general, greatly reduces the environmental impact since metal is a 100% recyclable material.

Furthermore, metal structures are extremely versatile, they can be assembled and disassembled several times, as well as easily integrated with other materials.

In 2021, the company ordered their fourth Lasertube from BLM GROUP, a LT7 laser cutting system.

LT7 is a premium tube laser cutting system that can be equipped with every technical option available within the Lasertube family.
It processes round, square and rectangular tubes as well as open profiles and special section tubes in full automation from bundle loading and unloading in several programmable positions.

LT7 installed in one of the Van Keleun facility.

All cutting optimization and laser source management operations are performed by the machine to obtain the best quality and highest productivity in any condition.

Geometric precision and cleanliness of the laser cut geometries are ensured even in cases of crooked or deformed pipes and those covered by oil or rust, for a production that is always reliable and with no scrap.

The LT7 makes use of its automated functions to obtain the highest productivity with the lowest cost per part.