From coil to bent and end-formed tube

The processing of tube from "coil" has always been one of the development sectors that BLM GROUP has specialized in over the years. It can offer a wide range of solutions suitable for any need.

Always with the aim of maximizing productivity, guaranteeing the widest flexibility and eliminating waste and semi-finished products, BLM GROUP from coil production systems provide the possibility to perform straightening, cutting, bending and end-forming operations in line or in parallel and the ability to process stainless steel, iron, copper and aluminum pipes. 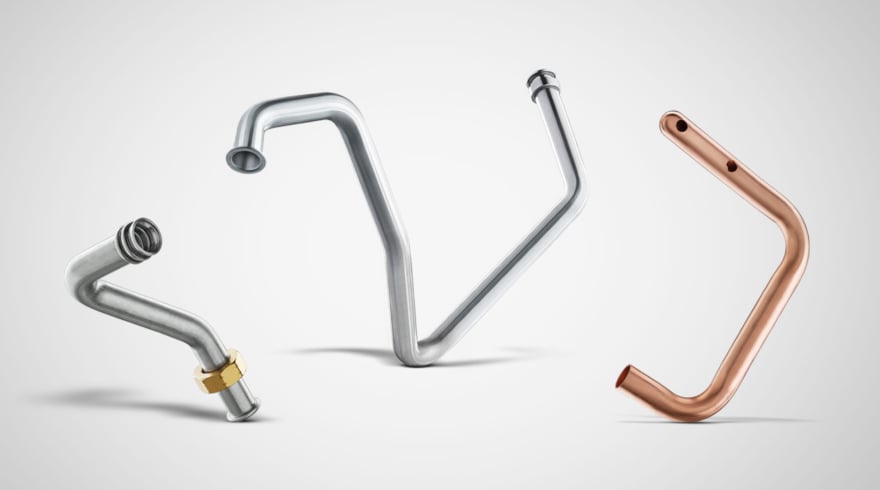 All BLM GROUP coil processing systems are completely electric since all movements are managed by electric axes. It not only produces perfect repeatability and precise movement control, but it also makes calibration of the bending tools quickly and easily thanks to the torque control on the clamp.

The powerful VGP3D programming software with which these systems are equipped, like all the other BLM GROUP tube benders, allows three-dimensional graphic programming of the piece or third-party CAD files importation, elongation and elastic return compensation during the bending cycle, the process simulation and the estimate of the cycle time.

In addition, VGP3D is able to save all the data relating to bending tools, material, diameter, and thickness in order to be able to reuse the parameters in the future with the same tooling and produce the part right from the first time.

Find out how to solve the main tube bending problems with the right programming software.

The main solutions for coil processing developed by BLM GROUP are:

The machines of the 4-RUNNER family can be configured with different modules for carrying out basic processes rather than as a complete production process. These systems produce in-line: straightening, cutting, bending: fix or variable radius, right-hand and left-hand in process, in multi-radius, end-forming and unloading of the finished part.

4-RUNNER machines allow the production of 2D and 3D fixed and variable radius, which can be integrated according to the development of the design, in automatic sequence, without bending problems, all in one process, and without further operations.

Thanks to the lowered design of the bending head, 4-RUNNER H1 is a system particularly suitable for the realization of flat and three-dimensional coils; typical components used in the refrigeration sector:  air conditioning, and heating systems as well as in industrial systems: automotive and household appliances.

4-RUNNER H3 is particularly suitable for the production of fluid transport pipes, in shapes with a very complex geometry, typical in the automotive, air conditioning, heating, refrigeration, engines and industrial systems sectors.

The machines of the 4-RUNNER family can be equipped with orbital cutting systems, internal or external, also fully electric.

From coil with mandrel

When the technological parameters required in the bending process, such as: bending radius, diameter and thickness, become more restrictive and the aesthetic need is more important, BLM GROUP comes into play with a manufacturing process called: "from coil with mandrel” which includes 3-RUNNER: straightening, cutting and end-forming system from coils and SMART tube benders for diameters up to 28 mm highly productive for bending with mandrel and part unloading. 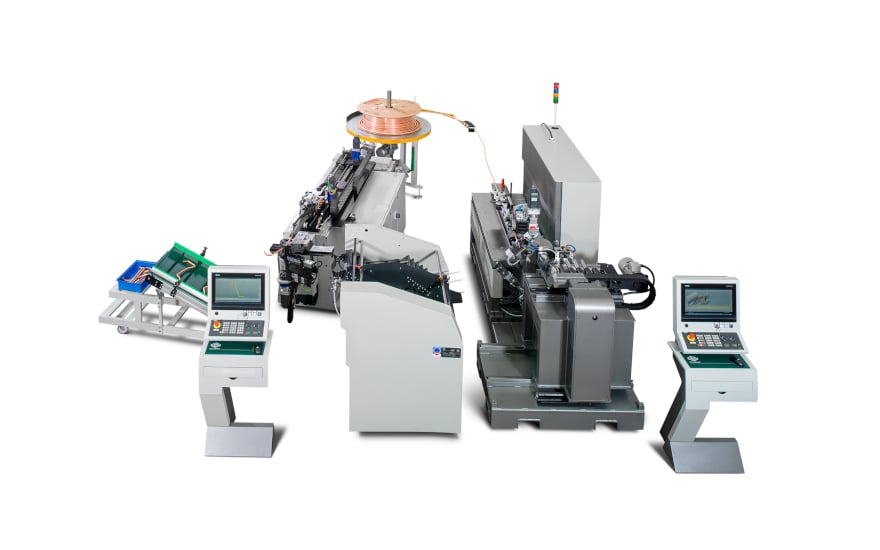 From coil with mandrel production system.

In this solution, processes can be completed in parallel and the optimization of material consumption is extremely effective in reducing the part cost. Furthermore, the flow of material is completely automated; the straight and already end-formed tube produced by 3-RUNNER is passed through the automatic loader to the tube bending machine which performs the bending with mandrel and unload the part. This eliminates the handling and storage of semi-finished products, producing the directly bent with mandrel and end-formed tube from the coil.

The unique integration between the SMART and 3-RUNNER takes place through the programming software, VGP3D. It automatically calculates the lengthening of the tube during the bending phase and subsequently compensates for the length of the piece cut by the 3-RUNNER. 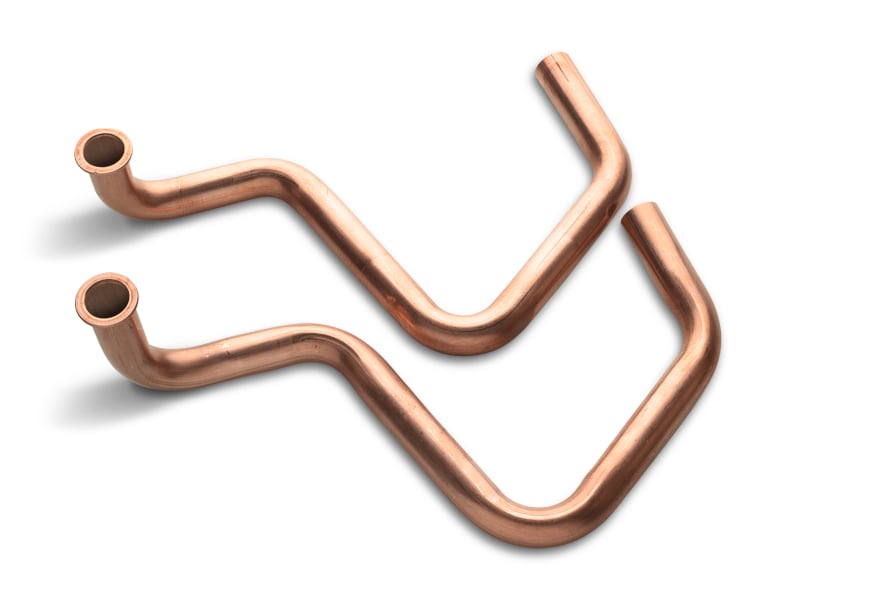 Example of the same part realized by 4-RUNNER (below) and by "from coil with mandrel" (above).

By combining the BLM GROUP "from coil with mandrel" system with the completely electric end-forming machines E-SHAPE or E‑FORM, as well as possibly one or more robots for handling the part, it is possible to build a complete coil production workcell, capable of producing tubular parts bent with mandrel and end-formed on both sides in an automatic and extremely productive way.

BLM GROUP displayed this production workcell at its headquarters in Levico Terme (TN) in Italy during its Open House last year. The workcell was composed by 3-RUNNER, SMART and E SHAPE machines and a manipulator robot to perform feeding and unloading operations.

The finished part consisted of two separate tubes made from a stainless-steel coil, bent with mandrel, end-formed on both sides, equipped with a locking nut inserted before bending and the second end-forming operation and unloaded into two distinct part collection area.

This process allows you to perform the main operations in parallel in order to eliminate handling and storage of semi-finished products as well as any manual operation that is not the removal of the finished pieces.

The possibility to simultaneously produce the two different parts streamlines the subsequent operations and results with finished tubes made to the highest standards of precision, repeatability and aesthetic finishing.

The advantages of laser cutting on welded joint production